There is one aspect to diet that is making a huge impact on the way our children are getting heavier and growing towards obesity.

That aspect is soda.

Soda is such an integral part of society, it is difficult to even imagine how this can even be considered a problem, but it is.

Why soda is such a big problem and why it has been steadily getting worse over the last 10 years or so is the basis of this article. 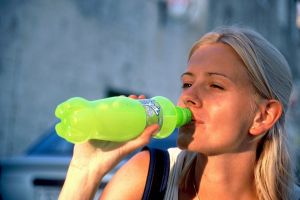 While most parents are blissfully unaware that every can of soda their child drinks is helping them to add to their fat store, there are some who are very aware of its properties that go so far as to say that giving soda to children is tantamount to child abuse.

While we wouldn't go so far as to say that, there is some degree of truth in the idea that allowing children to drink soda in any quantity is certainly doing them no favors where their weight is concerned.

Why Soda is So Bad

For starters, most brands of soda are little more than artificially flavored, carbonated water laced with lots of sugar.

That sugar is in the form of either refined sugar (sucrose) or high fructose corn syrup (or starch). These two sweeteners are a big problem not just for causing weight gain in people of all ages, but they can also do a lot of potentially serious damage in other areas of adult's and children's health.

The sugars contained in soda are processed in the liver and converted to visceral fat. This fat is distributed around the body but is mainly stored in and around major organs in the torso. 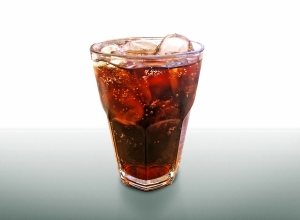 They give overweight people that distended belly look and this has led to visceral fat being dubbed "belly fat".

This kind of fat, when stored in large quantities has recently been discovered to have a sinister aspect in that the cells secrete a hormone that promotes cancer tumor growth. It also exacerbates cardio vascular problems in increased LDL cholesterol and triglyceride levels in the blood stream, which can lead to stroke and heart attack.

Other health problems that loom on the horizon include type II diabetes, metabolic disorders, inflammatory disorders such as rheumatoid arthritis and even respiratory problems such as asthma.

If trends continue, how long before we see obese children suffering a heart attack?

There is no denying that drinking even as little as a can of soda a day will cause a person to gain weight unless they are very fit and train every day. Each innocent looking 12oz can of soda contains around 100-140 calories and these are empty calories that, as already mentioned, are converted into visceral fat.

The real problem that has surfaced in recent years is to do with the junk food industry's clever ploy to get people to spend more money in their restaurants by super sizing meals, with each "meal" including a super size soda. These giant sized cartons of fizzy beverage pack an enormous sugar punch with 28oz sodas containing around 360 calories and giant 38oz sodas weighing in at over 500 calories each.

It doesn't take much figuring out that at these levels of sugar consumption, a child is going to gain weight at a super-fast rate and a large percentage of that weight is going to be made up of dangerous visceral fat. It is a ticking time bomb waiting to go off, yet most parents have no idea what these drinks are doing to their kids, or to themselves for that matter.

What is the Solution

The solution to the problem is so ridiculously simple it defies belief, yet so few are willing to accept it. What is this magical silver anti-weight-gain bullet?

Sure, tell that to the kids! The solution may be simple but its application may be very difficult. This is especially so when something as ingrained in daily life habits as drinking soda is the thing to be quit. Some say that it could be almost as difficult as getting a smoker to quit cigarettes. Even though there is nothing quite as addictive in soda apart from the sugar, people are hard-wired to like the taste of sweet things and sweet soda pushes all the right buttons.

It is marketed not only as a flavorsome beverage, but as a thirst busting drink that makes you look cool to drink the right brand. That image-making aspect of drinking those highly advertised brands is something that kids will find the most difficult thing to overcome, because all their friends will still be drinking them.

The onus is on the parents to try and educate their kids (while educating themselves) on the dangers of drinking all kinds of sodas. That includes the "diet" variety which may not be so harmful thanks to the omission of sugar, but come with a whole bunch of different, but still potentially dangerous health nasties in the form of artificial sweeteners which have been linked with abnormal cell growth and cancer.

Everything in life comes down to a choice. Kids can have their choices limited by their parents to some degree, but the best way to get them to make healthy decisions is to educate them. Education dispels ignorance, so don't let your kids get obese through ignorance about the dangers of drinking soda and other sugary flavored drinks.